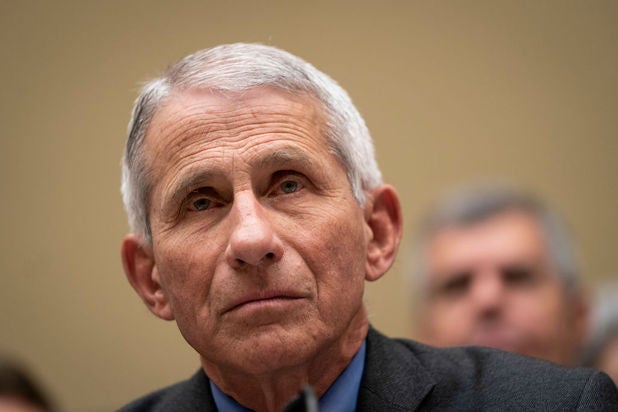 “We will spend the coming days bringing together other viewpoints and provide additional context,” the company, which operates 193 local TV stations across the U.S., said in a tweet. “All stations have been notified not to air this and will instead be re-airing last week’s episode in its place.”

According to the liberal watchdog group Media Matters, Bolling’s episode of “America This Week” with the anti-Fauci story already aired on at least one local station in Charleston, West Virginia. The company operates stations in 100 U.S. markets covering 40% of the country.

For the segment, Boiling interviewed Judy Mikovits, a virologist who was featured in a viral video earlier this year in which she asserted false claims about the coronavirus like, among other things, that the virus is “activated” by face masks. The video, which is an excerpt from a movie called “Plandemic,” was banned from YouTube, Facebook and other platforms for spreading false health information.

Mikovits told Boiling that Fauci, the nation’s leading public health figure, has “manufactured” and shipped various coronaviruses to China over the years, an assertion that Boiling didn’t push for evidence. Mikovits’ attorney, Larry Klayman, added that the “origins” of the coronavirus were in the U.S., a comment which Boiling also didn’t meaningfully challenge.

During the segment, the onscreen graphic read, “Did Dr. Fauci Create COVID-19?”

A rep for Sinclair did not immediately respond to a request for comment.

Sinclair, whose CEO David D. Smith has been a leading supporter of Trump’s, has previously raised alarms for pushing extreme right-wing views.

In April 2018, Deadspin tweeted out a devastating mashup of Sinclair broadcasters from around the country repeating right-wing anti-media talking points ordered from its parent company. At the time, President Trump defended the group, saying the company that owns and operates scores of local news stations was superior to both CNN and NBC — both of which he called fake news.

Sinclair Broadcast Group CEO David D. Smith told the Guardian in an interview shortly thereafter that he had met with Trump in the White House the previous year to pitch a technology that could transmit administration broadcasts directly into the cell phones of Americans.

“I just wanted them to be aware of the technology,” Smith told the news outlet. Smith also said that, in an earlier conversation, he told then-candidate Donald Trump “we are here to deliver your message.”

Defending champ Nadal to skip US Open over coronavirus concerns